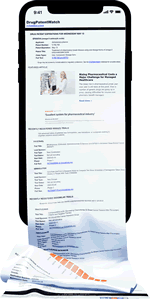 Cotempla Xr-odt is a drug marketed by Neos Theraps Inc and is included in one NDA. There are three patents protecting this drug.

This drug has two patent family members in two countries.

There has been one patent litigation case involving the patents protecting this drug, indicating strong interest in generic launch. Recent data indicate that 63% of patent challenges are decided in favor of the generic patent challenger and that 54% of successful patent challengers promptly launch generic drugs.

There is one tentative approval for the generic drug (methylphenidate), which indicates the potential for near-term generic launch.